An elderly Chinese couple from Hong Kong issued proceedings in Melbourne Country Court against their accountant daughter for failure to return the money held on trust. The elder couple were in their 60s and they migrated to Australia a few years ago to live with their daughter and son-in-law. They remitted their life savings to the daughter’s home loan account before coming to Australia.When the two generations did not get on, the elderly couple wanted to move out and ask for their money back to buy their own property. Their daughter and son-in-law refused and claimed that the money was a gift.

We took on this case on compassion ground with a discounted quote when they were referred by a colleague. We also agreed to change our billing process from advance payment to payment after judgement.

Our Cantonese court interpreter met with them at the barrister’s chamber. The couple were upset with what the daughter and son-in-law had done to them, and at the same time anxious about whether the judge would believe in their story. Given the barrister’s preoccupation with ascertaining the details of facts and various other technical tasks, our interpreter took it upon us to provide them with emotional support and general information such as the court process, the difference between affirmation and oath, the importance of full disclosure to their lawyers and how to answer questions in court.

The plaintiff wife gave evidence on the first day. As the case largely rests on credibility, our interpreter made good use of her note-taking skills to maintain an accurate record of her evidence without interrupting her witness’s flow of thoughts too often, and only signaled her to stop when absolutely necessary. The rapport between the interpreter and the witness allowed the witness to feel a sense of security and confidence in being herself in the witness stand. [More about our legal interpreting service] 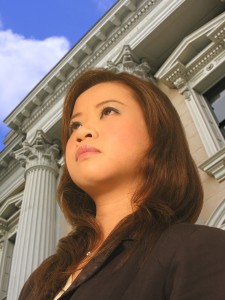 When some unexpected evidence came up later that day, our interpreter was able to work over night to provide a summary translation of the court documents from China and email them to the barrister. The barrister therefore had the chance to read them and asked clients questions before the second day of the hearing. The barrister used the word ‘heroic effort by our interpreter’ when describing it to the judge in open court. [More about our translation process]

The case settled two days into the hearing. Everyone gave their best shot. We have learnt so much about how to manage clients to work towards goal of the legal team.  We also discounted our bills significantly as it was the right thing to do in this case.