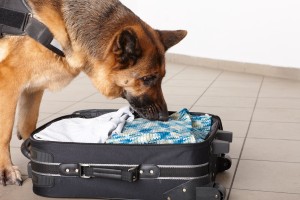 A container of floor tiles from Hong Kong arrived at Fremantle, with heroin concealed inside. Police followed the truck from the port to a warehouse in Perth and subsequently 4 Chinese was arrested.  Telephone intercepts became key evidence in the police’s case to prove that the accused had knowledge of what was inside.

Our multilingual Chinese legal interpreter was assigned the task of transcribing hours of calls in Mandarin, Cantonese and Teochiew before the arrival of the container, when the accused talked to one another, as well as to the freight forwarder, over the phone. She followed the 3-Draft QA process of audio transcription strictly, only typing in what she heard in words rather than what they could have meant in the accused’s mind. Although we know that the word ‘pork’ is used by some drug dealers in Hong Kong to refer to heroin, we did not put it into the translation. We would rather let the barristers ask us questions and the jury members make up their minds.

A year later, our interpreter received a summon to attend the district court in Perth to give evidence in relation to our translation. In the next 2 weeks, she went in and out of court, on each occasion she was directed by the crown prosecutor to read out the translation of the Chinese calls transcribed at each stage of the operation in a chronological order. At the end of the two weeks, it was the defense’s opportunity to ask her questions. The 4 barristers only asked her 3 questions in total in the next 10 minutes, and she was excused.

A good translation of audio evidence can save the court hours of time. We were told privately that one of the barrister did engage an external translator to go through our translation but could not find any issue. Defense lawyers tend not to challenge a translation if a court translator has a well-established reputation.