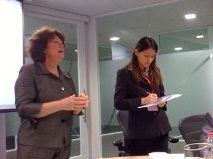 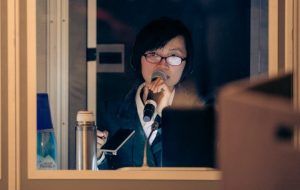 Simultaneous Interpreting usually take place in a conference that has mixed audience present: those who require interpreting and those who do not. You will see the speaker and the interpreter speaking at the same time with the latter lagging behind by a few seconds. The interpreters tend to work in a sound-proof booth to avoid interference to and from the audience. He or she does not usually take notes and is required to come up with the interpreting almost instantly. Such an intensity and concentration requires them to usually work in pairs and swap every 20 minutes.  The audience requiring interpreter service will be wearing earphones and will only hear the rendering of the interpreter, and not the speaker.

Which One  is Better?

It is a matter of Horses for Courses.

Therefore, on one end of the spectrum, when the interpreter is familiar with the subject matter and the Chinese client understands no English at all, using the simultaneous mode will be the optimal . On the other end of the spectrum, if the client understands English and the subject matter pretty well, the interpreter will be only consulted as needed, like an open dictionary, such as in a court hearing, where occasionally the client is stuck when the barrister from the other side uses a legal jargon, the consecutive or selective consecutive mode will be more appropriate.

Given the choice, an interpreter sitting next to a client, may switch from one mode to the other, to speed things up with chuchutage or ear whispering, when the content is easy, and to consecutive when they need time to digest unfamiliar information or look up terminology.

Apart from conference setting, simultaneous Interpreting is also used in court for a non-English speaking applicant or accused to keep them informed of the proceeding, at the same time minimize the interference to the proceeding. The interpreter will be wearing headphones to best capture the speeches of the judge, the barristers and the witnesses while whispering the interpreting into the ear of the applicant or accused sitting next to them. In the case of multiple accused requiring interpreting service, the interpreter can speak into a microphone, connected to  the earphones worn by all the non-English speakers via blue tooth.

However we tend to use the time-consuming consecutive interpreting for a witness on the stand, so that both the witness’s response and the interpreted speech can be recorded. This is important if there is a dispute on the accuracy of the interpreting where a second opinion is sought about the possible meaning of the original witness’s answer.

More information about How to Work with an Onsite Interpreter