Why Learning a Second Language? 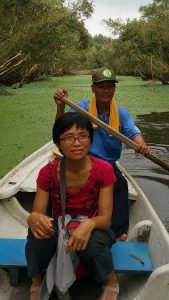 I work as a Chinese interpreter in Melbourne speaking English, Mandarin, Cantonese as well as a southern Chinese dialect called Teo Chiew.  Whenever people are impressed by the number of languages and dialects I speak, I tell them learning a language is probably the last thing on my list if I have been left to my own accord. I had to learn English to pass exams, and I speak Cantonese and Teo Chiew because I was born in a city speaking Cantonese, and into a family speaking Teo Chiew. Wouldn’t learning a sport, doing a science experiment, or watching a documentary be more interesting?

in Singapore, when I was teaching Mandarin to primary school kids or coaching business executives traveling to China, I had great sympathy for their plight of having to memorize vocabularies. I tried to make it as interesting, or as less painful, as possible.

Since I came to Australia, I can understand why my friend Elena needs to memorize all the medical vocabularies to pass her medical exam here in Melbourne, but I still struggle with why our retired family GP Ilene wants to learn to speak Mandarin. Don’t they have better things to do? Learning a new language required memorizing a whole new set of vocabularies and it is not the most interesting activity one will choose to undertake.

Of course after my daughter was born, I spoke to her in Mandarin and English, as she will need to speak Mandarin, Cantonese or Teo Chiew to be able to communicate with her grandparents in Guangzhou. As Mandarin is the national language of China, I chose Mandarin only in the end so she does not need to learn 3 Chinese languages and get confused. This decision of course brings its own set of problem. It means now when I am speaking to my parents over the phone in front of my daughter, I will need to try to speak in Mandarin even though my parents refer to speak to me in their own mother tongue Teo Chiew.

During Christmas last year I traveled to Vietnam with our two year old daughter, my partner and his family. Suddenly me, the interpreter, who always understands both channels of communication suddenly found myself in the same shoes as my non-English speaking clients who I serviced back home in Melbourne.

The first morning after our arrival, we went to a park for a walk with our 2 year old daughter and saw a group mostly women wearing red skirts and Santa hats were having  Vietnamese baguettes and beef stew as breakfast. One of the younger lady came over asking for a cuddle from our cute looking daughter. This ended up with our family being invited to join in their feast. They explained to us that they were from an park exercise group and meet a few mornings a week to dance together.

After such a sumptuous breakie, armed with that positive energy from the friendliness and hospitality of the locals, we passed another group dancing in a bandstand of the same park. My daughter was drawn by their lively samba music, freed her hand and ran over to join them. I rushed over and after detecting no obvious frowns and words from the people dancing, I joined my daughter in her movements. Five minutes later, a female dancer and a male dancer mumbled something. I didn’t know they were talking to us or to their friends. And when the mumbling became louder, I realized they were talking to or about us in Vietnamese. Two youths practicing Gongfu nearby stopped and told me in English that the dancers were worried about running into my 2 year old and did not want us to dance with them.  I briefly apologized and grabbed my daughter and took her away against her protest.

I was intrigued by how differently we were treated by the two group of Vietnamese in that same morning. Not speaking the language means I had to guess the other person’s intention and emotional state by their appearance. I have never been in such a precarious situation before. If I  speak the language, I will have the ability to maintain some control of such human interactions.  Suddenly I understand how Australian feel about those non-English speaking people living in their countries, any the reason why interpreter as an occupation is not being valued enough by the society. It is simple. When you don’t speak the language, you can’t appreciate the interaction conducted in that language. It is not racial discrimination. It is simply human nature. We can appreciate the convincing argument mounted by a lawyer or an delicate surgery achieved by a surgeon, because we can follow it or see the result. It is transparent.

We managed to get by with English alright carrying out the touristy activities during the 17 days we were there. But if we were to stay in Vietnam for any time longer, I would like to learn Vietnamese to be able to understand the intricacy of relationships among the Vietnamese, who seem to be able to maintain their mental peacefulness and sense of freedom and joy despite their lack of personal space in their living environment or financial resources.  I want to be the insider, not an outsider.

When you learn a language, you learn a new way of looking at things and doing things. You open up a new window in your life. I finally understand why Da Shan, a Canadian named Mark Henry Rowswell, has taken the trouble to learn Mandarin to such an advanced level that sounds more Chinese than me.

[More about Our Interpreters and Translators]

[Tips about Learning a Foreign Language: Visual Vs Auditory Learner]